How can we solve the issue of cooling a gearbox down when you can’t move the existing assembly?
The answer is with a Split Cooling Impeller
A split cooling impeller is a way of getting around the problem of having no space to work within. Often working within equipment such as large drive units and gearboxes we create an impeller that can be split and then installed on site to fit around the existing assembly. In doing this we can remove the old impeller and replace it with a newly manufactured one. This unique design results in substantial time and cost savings onsite. 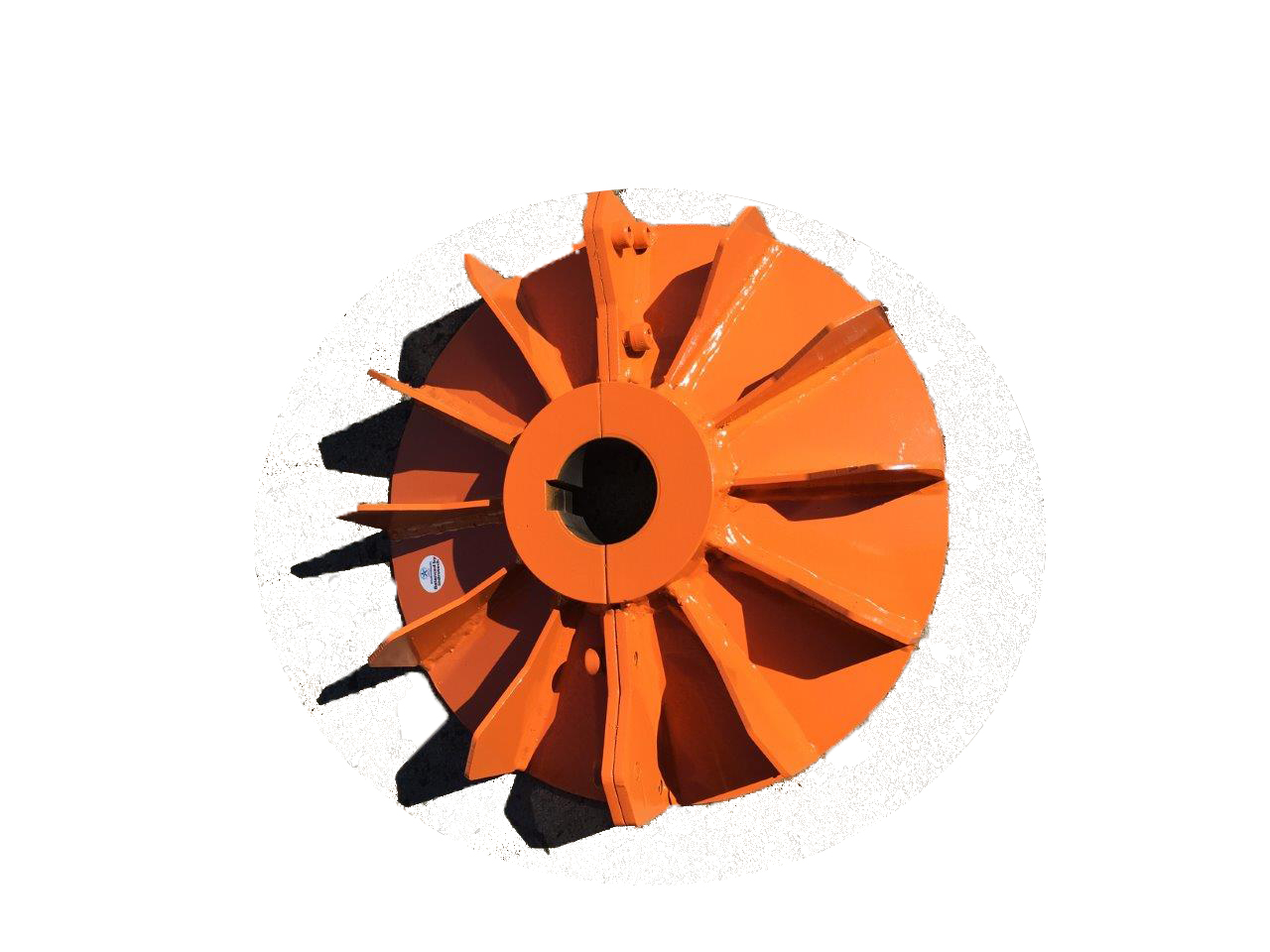 How it is done.

How it is done.
All measurements are taken on site. We then commence design and manufacture. The impeller is constructed as follows:

Once construction has been competed, we the dynamically balance the impeller to a very tight tolerance exceeding the ISO Standard. The reason being, that once the impeller is separated for fitment on site, we lose the tolerance but are certain we are within the ISO when re-assembled. Cowls and guarding can be designed to suit each individual requirement, these too are typically made in a similar split design.

The parts are then perfectly put together fitting around the machinery. The fans also have the added advantage of being bi-directional.

Here we have created a split cooling fan for a leading bearing supply manufacturer. Once again manufactured with radial blades, balanced perfectly then put together so perfectly. Without having to move any existing machinery.

Axial impellers rely on the gap between the blade OD to the open duct ID to move the air. Centrifugal impellers rely on the air being sucked through the centre of the impeller (the inlet). Then disperses over its coned back plate and blades out through the cowl back opening. The cowl in this gearbox situation has an opening in the centre to draw air in.

BACK TO INDUSTRIAL FANS

Talk with one of our sales engineers