What’s the best way to keep your customers happy?

That was the question that Indrotech has been trying to answer for years now. And the answer was staring them right in the face. Indrotech is an industrial rotational technology company that manufactures fans, balancing and driveshafts in Melbourne. It started when a customer placed an order that was part of his final product. The phone rang the next day with the customer asking when will it be ready. Dave Cudmore Indrotech’s General Manager who also looks after the production had to walk into the factory to see where the job was at. 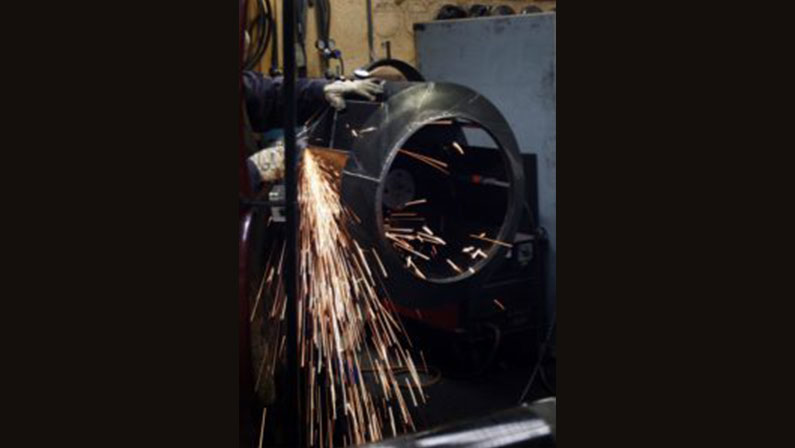 He came back in the office and told the customer when it would be ready. The customer was fine and thanked Dave for his time. That’s when Dennis Eliopoulos (Managing director) of Indrotech overheard the conversation. “He only ordered that yesterday” he said to Dave, to which Dave replied, “He just wanted to get his timing so he could schedule his own production”.

So, what was the issue here? it wasn’t Indrotech’s time to deliver but the knowledge of that timing. It was all in the communication. Dennis thought, “what if we could give the customer that knowledge without them needing to call?” It saves time in the customer’s production as well as ours.

That’s when Dennis decided to talk to a local Melbourne IT developer about a system that would allow this to happen. Ends up that this creative developer has been making personalised software for Melbourne companies for years now. After several meetings, the system was planned and the developer was sent off to do his work.

The resulting software has revolutionised the way Indrotech runs its operation. This system has created a paperless office. The production is scheduled from the main central computer which talks wirelessly to tablets that sit at every machine. The machine operator can tap on the screen to let the system know exactly where they are at in the process. This information is not only relayed to the central computers but also online to the customer who can log in and see when their order will be finished, delivered and even invoiced.

This system gives control to all people involved. Because of its clever technology an Indrotech employee can be at a customer location, take a photo, then send it to the main computer. All online. Someone in the office can quote the job and the customer can place an order before the Indrotech person is back in the office. In fact, there was a time when Dennis had done this and the job was already completed by the time he arrived back at the office.

See the issue is not just delivering on time with quality, as is normally the case. It’s also about communicating to the customer so they can get things done at their end. There is so much more that goes into an enterprise planning software than the code and computers. The important thing is the thought that goes into it. To answer that vital question. What do I want to do for my customers to make their experience better? In this case, Indrotech has nailed it. Their customers can now enjoy the control that a good communication system gives them. Peace of mind to know that they are as much part of the process as is Indrotech. A true partnership.

Talk with one of our sales engineers